Well I'm over the 7 month mark since I had breast implants and capsules removed. As you can see, things have improved dramatically. This is not in my head. This is not made up. There are no filters, photo editing magic. This is raw, authentic and me just documenting as it happened. If you followed from the beginning you saw me post my daily journals and photos as they occurred. Nothing has changed in that regard, I'm showing how I've changed as it has happened so it cannot be

I apologize for the delay in adding content! It's been busy. I have been working on one of my main projects with Blynn Photography, it's a short film I will be releasing about my journey with breast implant illness, explant and healing. I'm excited to launch the full video once it's ready, in the meantime, here is a short preview to get you (and me excited!) Enjoy! #breastimplantremoval #breastimplantillness #film #video #story #healing 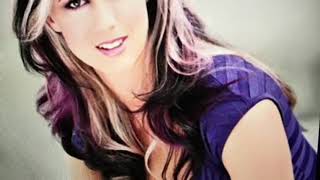 My biggest fears & deciding to remove my breast implants

When I first came across the term breast implant illness back in March of 2017 and began to read about the onslaught of symptoms associated with breast implants, I was in awe and shock. At first, I felt relieved that I’d found the answer, my symptoms matched them perfectly. In the very same moment, I also felt devastated that I would need to remove my “breasts.” The silicone bags I had developed an unnatural attachment to, of which I falsely believed defined me as a feminine

Dec 25 - had a 4 hour nap. runny eyes, runny nose. Minor congestion in sinuses. Reduced facial inflammation. Easier time swallowing (noticeable). Sat on ground and wasn’t stiff and achy trying to get up or walk around. Get tired easily but I’m not fatigued with this blanket of endless fatigue. Itchy ears. Felt pretty energetic and had my bubbly happy personality back for the first time in a while! I really enjoyed watching my kids unwrap presents and then playing with them .

The big lead up to surgery day finally arrived on Dec 18! These were my final thoughts on the day that I posted to social media: "Well it’s here! Surgery day has arrived!! Thanks for all the love and support everyone. It has been profound. I feel blessed. Here goes nothing. Final thoughts? I’m scared and nervous. In this moment I wish I had never gotten implants to begin with so I wouldn’t be faced with this surgery today. Leaving them in is not an option. I don’t regret my
No tags yet.